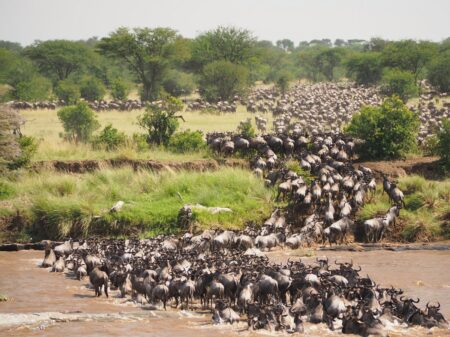 Most travelers to Africa initially imagine that the great migration of East Africa takes place during a particular time of year. This however, could not be further from the truth. After all, the animals have to be somewhere throughout the year! Knowing the migration’s general location during any particular month, and being aware of which lodges to use depending on their location, is absolutely paramount to getting the most out of this experience. Fortunately, the team here at Exeter Safari Company are migration experts and will do their utmost to ensure you are in the right place at the right time! 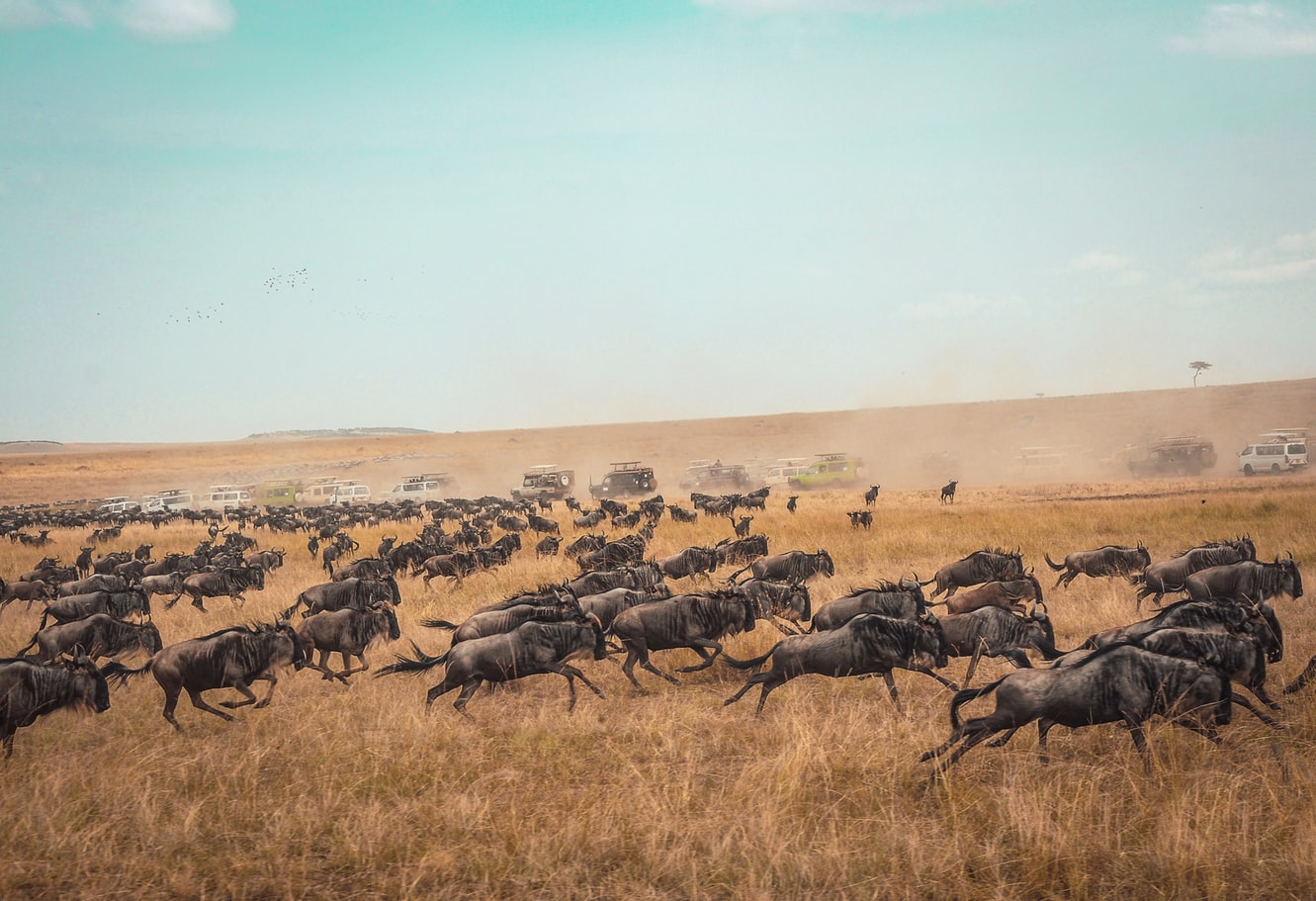 The easiest way to think about the migration is to imagine a giant loop extending from Southern Kenya into Northern Tanzania with millions of animals moving along in one enormous group. The migration is the result of differing levels of rainfall throughout the region over the course of the year. When the rain falls in a particular area, it causes new grass and shrubs to shoot up from the soil and following a long dry season the masses of grazing herbivores are drawn to these new green pastures. These gentle grazers are in turn stalked by the larger predators such as lions, leopards, wild dogs, and hyena and so the great migration is formed! 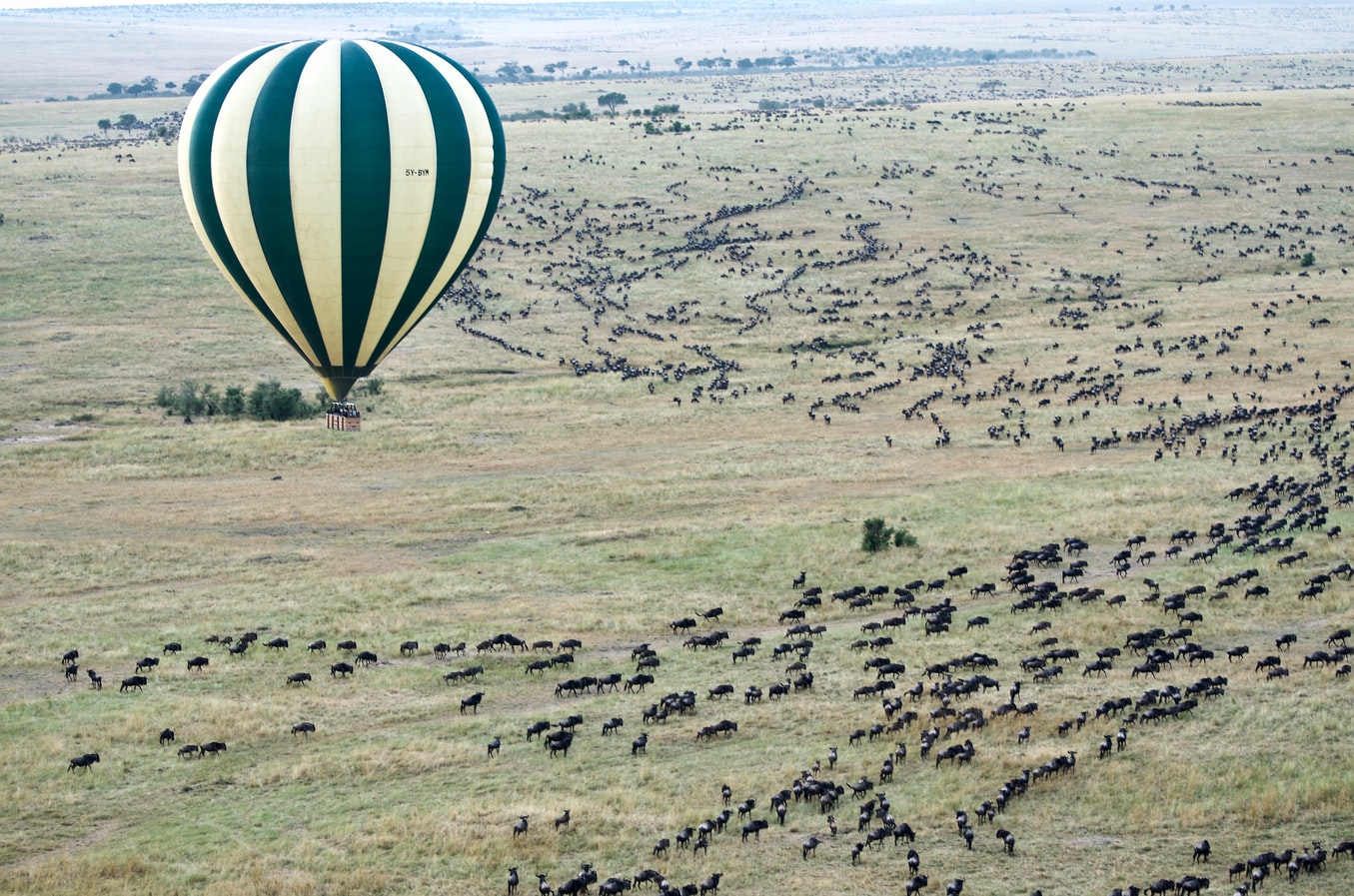 Around the end of October, as the rains begin to fall in the South Eastern region of the Serengeti, the innumerable mass of animals begin to make their way South moving out of Kenya’s Masai Mara National Reserve. The herd will spend the next two months braving perilous river crossings and traversing enormous distances as they make this journey South in search of the ideal location for the upcoming birthing season. 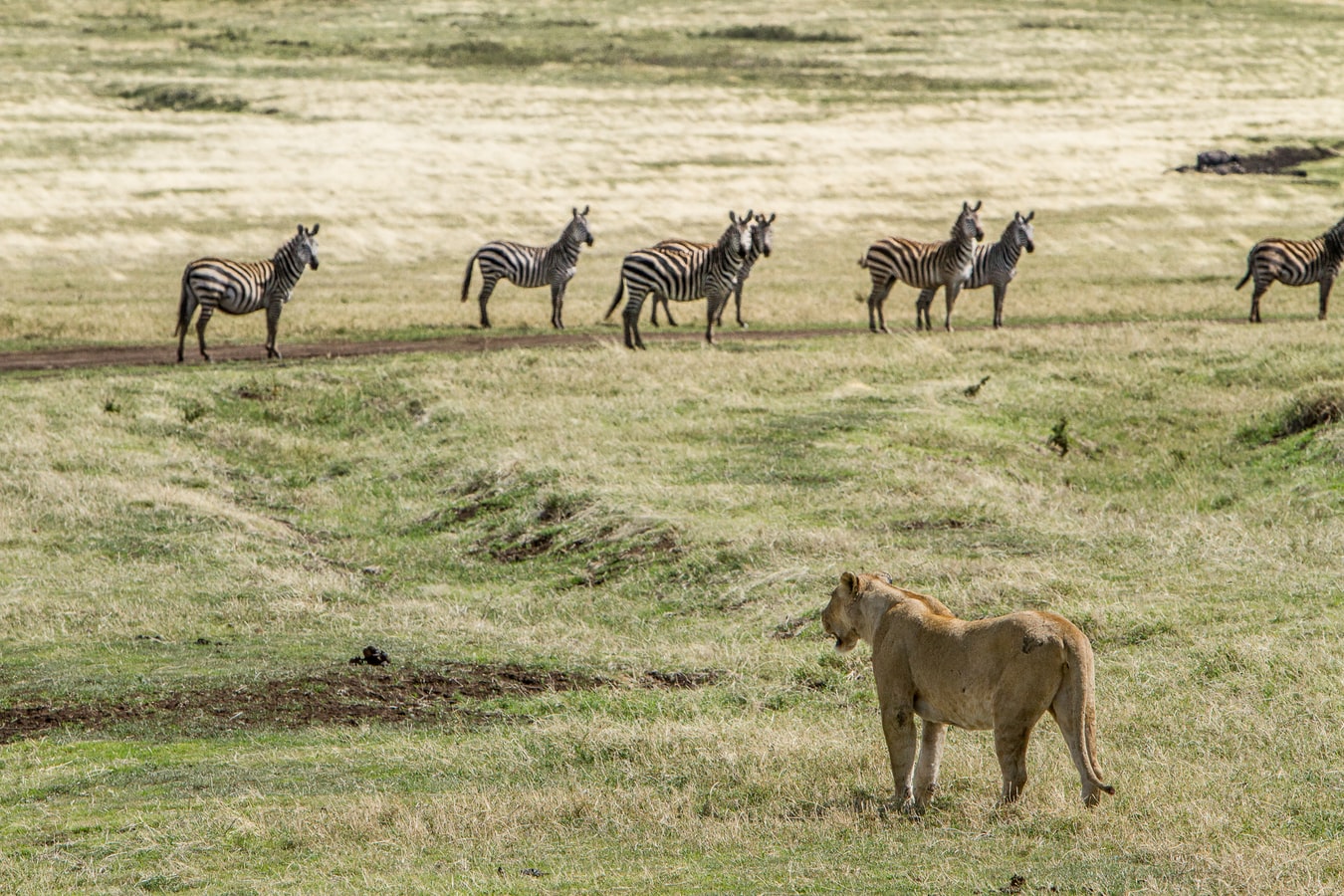 Taking place from January through March the calving season is one of the best times to experience this natural wonder. During these months’ travelers are able to witness the unbelievably cute spectacle of a variety of young animals finding their feet and wobbling their way into their dangerous new world. Guests visiting the migration during this time of year do however need to be aware that Africa can be a harsh place for many of these newborns. Hungry predators have for months been patiently following the plodding creatures and now, with an abundance of young defenseless newborns emerging daily, action and kills are common during this period.

At the end of March, with the calving season ending and the best grazing having been flattened, the migration then slowly begins to wind its way up the Western edge of the Serengeti ecosystem. Passing through the Serengeti National Park this is an exciting time to join the adventure as the variety of predators following closely behind means drama is never far away. 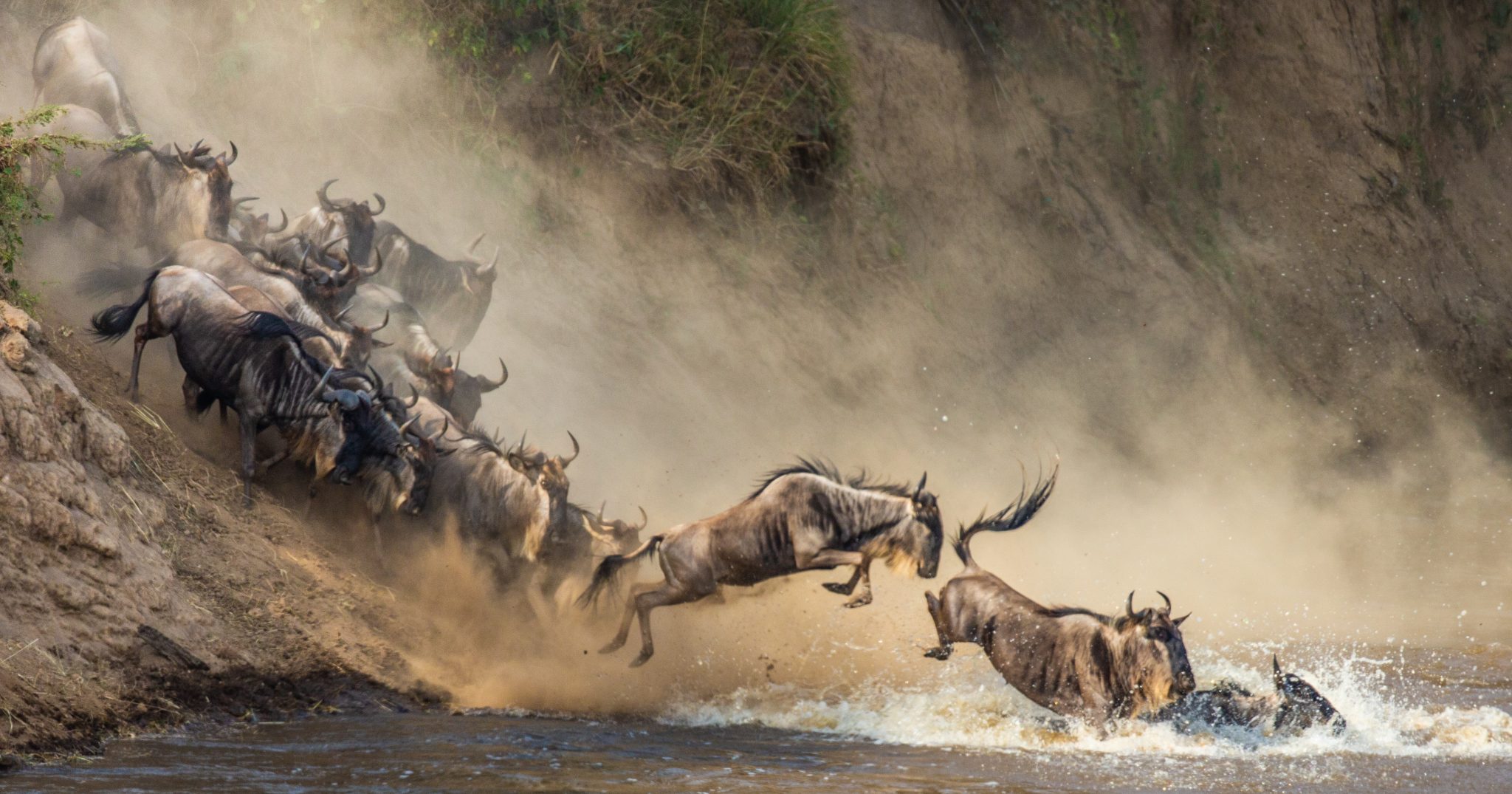 April and May see the Migration slowly make its way through the Serengeti and up towards Kenya while June and July bring the added excitement of more river crossings including the Grumeti and Mara Rivers – both packed with hungry crocodiles. Those animals who escape the jaws of the hungry crocodiles, lions, and other predators continue their long march North. With the young animals born earlier in the year now growing stronger, the herd can begin to pick up the pace.

From August through October, the plains of the Mara are teeming with wildlife as antelopes, wildebeest, and zebras warily graze always keeping an eye on the ever-present big cats waiting for an opportune moment to strike. November once again brings rain to the south and like clockwork, the herds begin slowly moving out of Kenya and the great migration begins anew.